how to boil an egg

Since I am professionally engaged in floods and mass movements, I allow myself to add a few words to the notion of flood hazards on Squamish River. The graph below that shows annual flow maxima on Squamish River at the Brackendale gauge only tells part of the story (previous post).

I am a attaching a paper that is now a bit outdated, but which tells a very different story, namely that magnitude, duration and volume of extreme floods have been trending higher on Squamish River over the past 60 years or so.   This observation is in tune with climate change theory which predicts an increase of extreme hydroclimatic events in a warming climate. Those who are interested in this topic are encouraged to read the latest report from the International Panel for Climate Change (IPCC, 2014) which can be downloaded here: https://www.ipcc.ch/report/ar5/

The significance and importance of climate change and how it is affecting BC Rivers is also nicely summarized in the Association for Engineers and Geoscientists Guidelines for Legislated Flood Assessments in a Changing Climate which I co-authored and which can be found here: https://www.apeg.bc.ca/getmedia/18e44281-fb4b-410a-96e9-cb3ea74683c3/APEGBC-Legislated-Flood-Assessments.pdf.aspx.

In evaluating the response of the Elaho fire on flood magnitude, arrival times or frequency, one should keep in mind that Squamish River upstream of the inhabited upper Squamish Valley has an approximate area of 2500 km2 (total watershed about 3600 km2) while the area that burned this year is 125 km2 (12,500 ha) so only roughly 5 percent of the total.  There is a large body of literature out there how wildfires affect debris flow and flood frequency and magnitude in small watersheds with a larger percentage burned, so the effect of wildfires on floods and debris floods is well described and quantified. However, in the case of Squamish River, I personally doubt that the fire had a very significant effect on the flood magnitude or duration. It will, however, lead to a lot of sediment discharge into Elaho River from tributary landslides and debris flows. This time of the year is particularly sensitive to flooding because the lack of a snowpack that can absorb some of the rain and typically very high freezing levels that are associated with subtropical moisture flows (known as Hawaiian Expresses or Tropical Punches around here). For those interested in how climate change is affecting debris flows in southwestern BC I am attaching a paper that I co-authored with a climate scientist a few years back.

In short, it is very likely that in a warming climate (which is now inevitable for the next century at least) floods will become more severe on rivers like the Squamish. Whether or not the frequency of such events will also increase is still not fully answered. At the same time, further drying during summer is also predicted by most global climate models for our neck of the woods which means lower low-flows during summer and, unfortunately, a higher likelihood for forest fires. On top of this, we are in the beginning of a so-called El Niño period, which implies a drier-than-normal and warmer-than-normal winter in BC, but also often more extreme storms. I know that those are all not good news at all, but in my opinion it’s better to be aware of those changes and plan for them, than being surprised by them.

To be clear, in no way do I wish to belittle the valley newsletter below. I am most grateful to receiving those messages. Nonetheless, given that his topic is within my professional domain and given that I have a cabin in the valley, I thought that there may be some interest in the flood behaviour of Squamish River by those copied.  Should there be lots of interest beyond the literature that I provided, I could set up a meeting one day and invite some experts on the subject (Prof. emeritus Hickin from SFU as well as Prof. Church from UBC).

We moved here the summer of 2011 to the Peacock Farm. We have 2 children Marlon and Harvey that are both going to wreck havoc on our neighbourhood when they get older and for the life of us we can't figure out how to control them now. Yasmine and Devin both work in the IT industry and are currently administrating the Upper Squamish Valley website...we love it here, some days more than others. 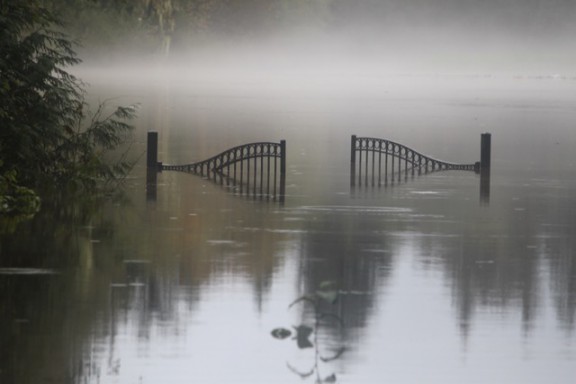